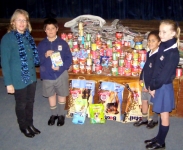 Pupils at Laddsworth Primary School in Hilton recently collected pet food and newspapers for the Umgeni SPCA. Jane Goetsch, Umgeni SPCA's Education Officer attended assembly at the school to thank the pupils and talk to them about caring for their pets.
She also presented prizes to the three pupils who collected the most money at Laddsworth for the SPCA's 1000 Paws Walk campaign in June. Pictured here with Goetsch are Ethan Botha (Grade 4) who came third with R180; first-placed Duncan King (Grade 1) who collected R300 and Zoë von Fintel (Grade 5) who collected R250 to come second.

The class that collected the most money was Grade 1M, whose members all received a Frankie's drink and an eraser in recognition of the R415 they collected.

Members of Grade 1M (below) – the class at Laddsworth that collected the most money for the SPCA 1000 Paws Walk campagin – show off the drinks and erasers that they won. 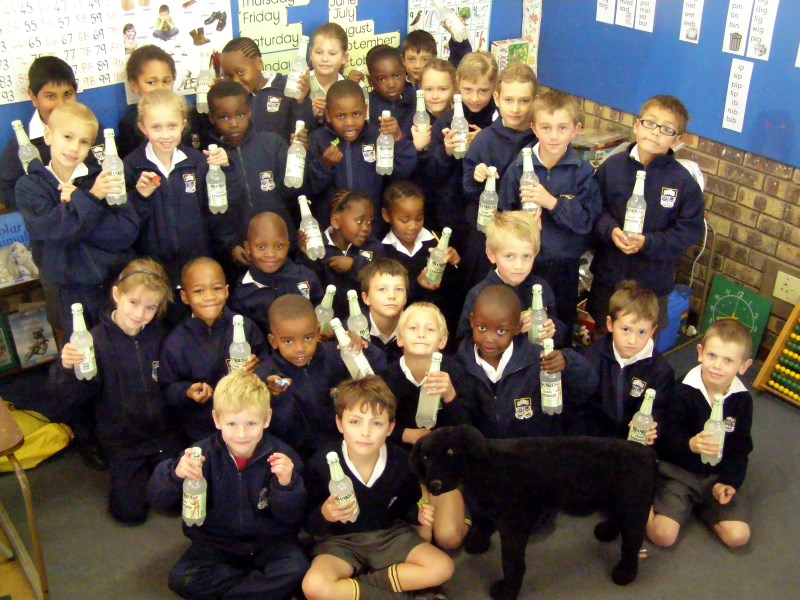