Several pupils from Laddsworth Primary School in Hilton who entered projects in the recent Pinssa Science Expo (Pietermaritzburg Inland School Science Association) won recognition for their hard work.
Pictured here with some of their work are the budding scientists (from left): Mia van Zyl, whose investigation of how to turn fog into usable water was Commended; Luke Wilson, whose project on Solar-charged battery backed-up lights was recognised for being Highly Relevant; Megan Tyne, who researched how to make electricity from bio-gas generated from manure; Graeme Gibbs whose project on wind power, The Winds of Change, was Highly Commended; and Michael Makris, who received a Commended for his research on Vitamin C in fruit juice: Is it Really What you C? Absent was Savannah Austen who investigated horse manure as a growth accelerator for plants and received a Highly Commended. 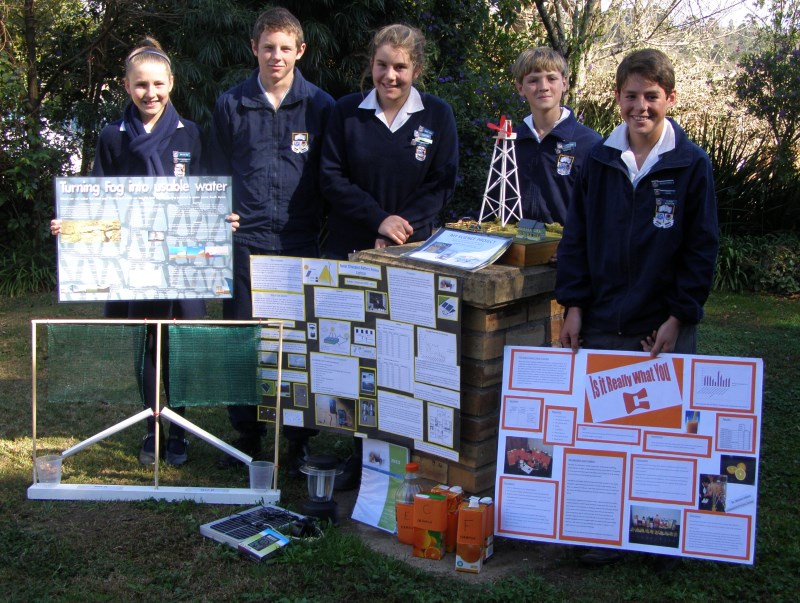