"Work hard and play hard" is one of the mottos that the new principal of a local primary school brings with him to his new position.

Gavin Lambooy (47) took up the post of principal of Laddsworth Primary School in Hilton at the start of the second term. He was previously deputy headmaster of Merchiston Boys' Preparatory School in the city.

After the first week in his new post, Lambooy said he was excited to have been appointed and was learning how things worked at Laddsworth. He looked forward to a busy term and to getting to know the pupils, staff and parents. He said he wanted to encourage an ethos of "working hard, developing a sense of excellence and taking pride in this fine school; but also playing hard, having fun together and developing a sense of community."
He said he was grateful to the Laddsworth community for the way everyone had welcomed him: "I have felt a warmth of welcome from everyone: staff, children and parents."
Coming from an all-boys school to a co-educational one is a significant change for the new head, but one that he welcomed. "The dynamics are different – girls add a different dimension because they are very enthusiastic and warm, they want to please. Boys tend to stand back and watch – they are still deciding if they like me or not.

"Working with girls is a new opportunity for me and there will be issues I've never dealt with before. However, I know there are many staff with lots of experience who will help me."

"Lack of correct parental" support was an issue Lambooy identified. "By that I mean that education is the single most important thing that parents can give a child. If they don't apply at home the same values as the school does, they effectively work against the school. 'Instant gratification' and 'taking the easy road' are not the kind of values we should want to instill. Children need to learn that anything worth doing is worth doing well; that being part of something worthwhile means taking responsibility for behaving appropriately and in keeping with stated values."

Lambooy joined Merchiston in 1990 and holds a Further Diploma in Education from what was then the University of Natal. He is married to Tracey, the branch manager of a local courier company. They have been married for 22 years, and they have one son, Bradley (16) who is in Grade 10 at St Charles. 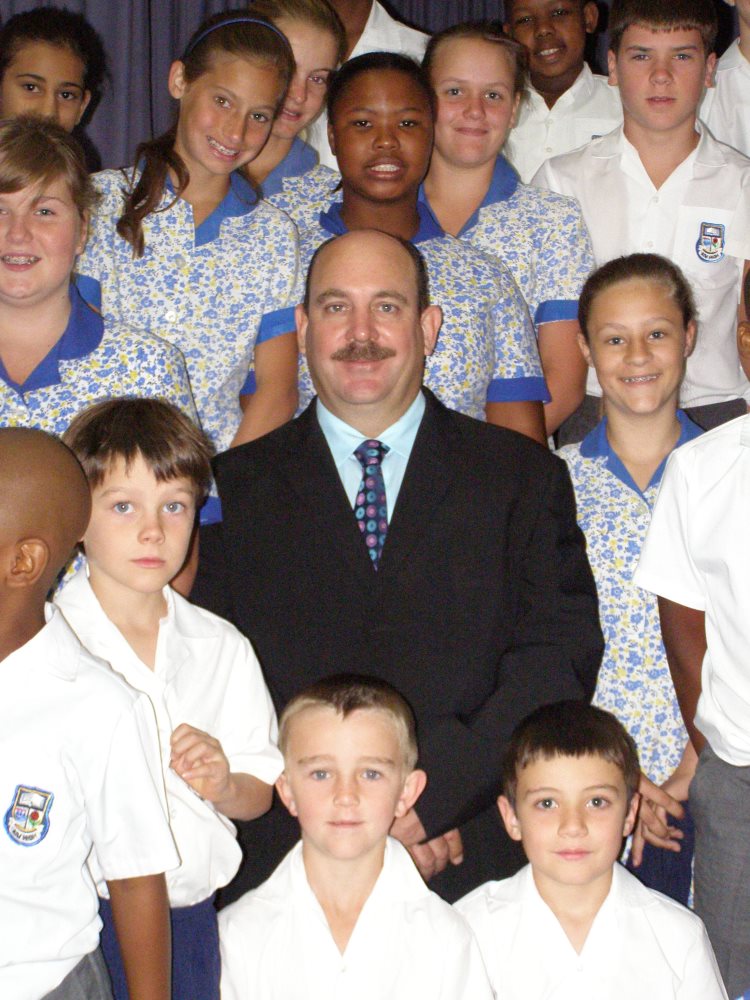