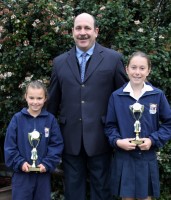 L-R: Tessa Moreno (Grade 3), Mr Gavin Lambooy (Headmaster), Jodi Moreno (Grade 5).
Two of our Laddsworth pupils were awarded trophies in the KZN Regional Abagility Maths Club Championship held on Saturday, 25 August in Hillcrest, where around 350 pupils participated across various levels.
Abigility teaches addition, subtraction, multiplication and division, based on Japanese abacus maths techniques. Two papers were written, one using an abacus and a second paper using ‘Anzan’ which is mental arithmetic.
Tessa Moreno (Grade 3) won the Champions trophy for her module; she was also placed 5th in the Junior ‘Anzan’ Dictation Challenge.
Jodi Moreno was awarded the Champions trophy for her module, and was placed 2nd overall in the Senior Abacus Dictation Challenge and 2nd in the Advanced Anzan Dictation Challenge. She was also chosen to do an Anzan demonstration.
Both girls have been chosen to represent South Africa in the International Competition on 30 September 2018 in Gauteng.

Well done to Jodi and Tessa, we are very proud of your achievements! 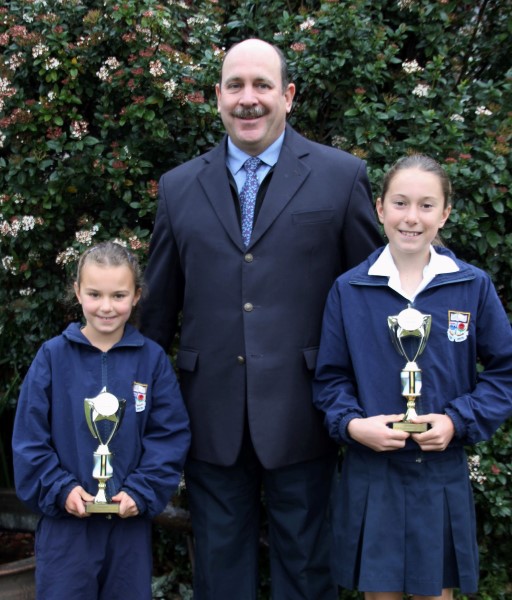